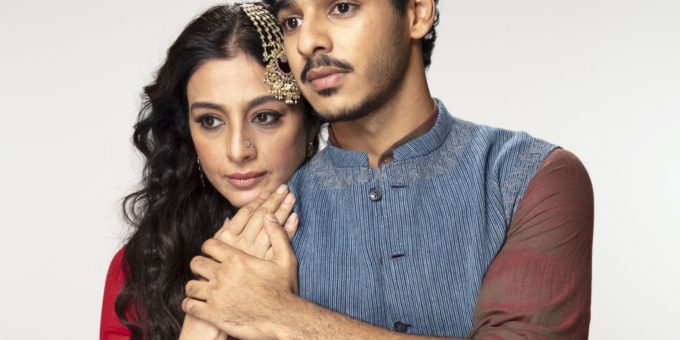 The latest BBC drama is A Suitable Boy, set in 1950s India. The lead stars tell Georgia Humphreys what to expect from the ground-breaking series.

Even as Tanya Maniktala signed the contract for A Suitable Boy, she still could not believe she had bagged the role of Lata Mehra.

Based on the classic novel of the same name by Vikram Seth, the vibrant new series – which, according to The Guardian, is the BBC’s first historical drama with no white characters – is set in India in 1951, when the country is on a journey towards its first national democratic election.

It is a moving tale of life and love, following four interwoven families. And, as the latest big-budget, Sunday night period drama from Pride and Prejudice and War & Peace screenplay writer Andrew Davies, there’s a lot of hype surrounding the show.

“I was working as a copywriter and I was very happy with my life,” recalls rising star Maniktala, 23, when discussing how she became involved with the project.

“A friend called me and asked me to come for an audition, but didn’t tell me what it was for.

“I get goosebumps now when I remember showing up for the audition and how it was for A Suitable Boy and the role of Lata.”

Here, Maniktala – plus her co-stars, Ishaan Khatter and Indian screen legend Tabu – tell us more about this epic, stunning story.

Lata is a 19-year-old university student who, thanks to old traditions and an overbearing mother who wants to find her a suitable husband, seems to have her life already mapped out.

But the teenager embodies the modern and newly independent India in which she is coming of age, and is determined to do things her own way.

“She’s a very open-minded girl, and that’s something I really relate to – she’s not afraid of making mistakes,” notes Maniktala, who first got into acting when studying at Delhi University.

Khatter, 25, from Mumbai , plays Maan Kapoor, who is connected to Lata through their siblings’ marriage.

A wayward yet charming young man, whose father is a politician, he wants every drop of excitement from life and has little sense of responsibility.

An important plot point is Maan’s romance with the beautiful courtesan Saeeda Bai, played by Tabu. He is infatuated with this glamorous, older woman, even though their relationship could have catastrophic consequences.

“Saeeda is completely overwhelmed at the fact that this young boy, from a respectable, political family, is madly in love with her because she knows too much about life and the world,” explains 49-year-old Tabu, who was born in Hyderabad.

British India won its independence in August 1947. It then split into two new states that would rule themselves; India and Pakistan (East Pakistan has since become Bangladesh).

Millions of people were forced to leave their homes and move to the other state because of partition.

India was formed mostly of Hindu regions, while Pakistan was mostly Muslim areas, and there were mounting tensions between the religious groups.

Discussing the political and historical side of A Suitably Boy, Maniktala says: “It’s a vital part of all of our lives. At the end of the day, we are all just humans, and it’s not about being a Hindu or a Muslim – it’s all of us being affected by the partition and the aftermath of it.”

Maniktala grew up with stories from her grandfather, who is originally from Lahore (a city in what is now Pakistan), about when he came to India.

“And after shooting A Suitable Boy, I spoke to him about the partition, because I understood his stories are not stories – it’s the reality.

“He was remembering his older brother who brought him to India, and he almost lost his life, so I feel like these characters, living in that time, it’s traumatic.

“I can never imagine what they went through but thinking of it still makes me shiver.”

Maniktala feels that the British audience will be able to relate to the characters in A Suitable Boy, because “what parents want is happiness for their children, which was true both back then and now”.

“I think people all over the world will find it fascinating, especially people who are not privy to the lives of Indians and how it was in that time period for them to discover the sights and sounds,” echoes Khatter.

Meanwhile, Tabu reflects on how, as human beings, “we all go through similar experiences and we have our journeys”.

“We have societies that define us and that we are a product of,” she continues.

“We have love and we have separation – so it feels like A Suitable Boy could have been a story of today.”

When it comes to memories from filming, Khatter reveals they shot on very few sets. Instead, they used real locations and real houses which have been maintained over the decades.

“I think that adds a lot of value, certainly to an actor – you feed off the location a lot,” he suggests.

They also shot in a lot of rural areas in northern India, which could take up to three hours to travel to.

A lot of these villages will have never been shown on screen before, and Khatter describes it as an “incredible” experience to film in such remote places.

“It was really refreshing, you would see people who would just be doing their work, they don’t have cell phones in their hands.

“They were very supportive. In the villages, there were times when we would even ask civilians and regular people to become a part of the scene. They would do it without any hesitation, and they were lovely.”

Another memorable part of making A Suitable Boy for the stars was working with Mira Nair, who is known for films such as the Bafta-winning Monsoon Wedding.

The director and executive producer would get the cast doing yoga before shoots, reminisces Maniktala.

“Our schedule was very hectic and very rigorous, we had to be on our feet for 16 hours a day, and all of it was very strenuous,” she follows. “So, Mira knew she had to prepare her cast for what was coming.

“The yoga sessions were great.”

A Suitable Boy starts on BBC One on Sunday, July 26

The CFL season on the bubble: Why Moe money and the Pallister pitch won’t save Canadian football in 2020