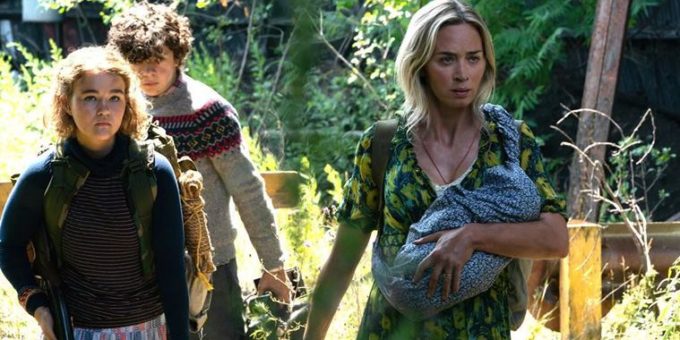 
A Quiet Place Part II is a direct sequel to the acclaimed 2018 horror film A Quiet Place.

Paramount Pictures and John Krasinski on Thursday decided to delay the release of upcoming horror film A Quiet Place Part II indefinitely because of COVID-19 pandemic.

Krasinski announced the delay in a social media post. He wrote, “To all our A Quiet Place fans, One of the things I’m most proud of is that people have said our movie is one you have to see all together. Well due to the ever-changing circumstances of what’s going on in the world around us, now is clearly not the right time to do that. As insanely excited as we are for all of you to see this movie… I’m gonna wait to release the film til we CAN all see it together! So here’s to our group movie date! See you soon! #AQuietPlacePart2…Take2.”

The film is a direct sequel to the acclaimed 2018 horror film A Quiet Place, written and directed by John Krasinski. Krasinski also starred in the movie alongside wife and actor Emily Blunt.

Krasinski has penned and directed the sequel as well.

Emily Blunt, Millicent Simmonds and Noah Jupe are making a comeback in the sequel, while Cillian Murphy and Djimon Hounsou are joining the franchise with this film.

A Quiet Place Part II, which was initially scheduled to release on March 18, 2020, has received early positive reactions from critics.

Earlier, the twenty-fifth James Bond movie No Time to Die was also postponed due to coronavirus scare.

Brittany Murphy: Will a New Documentary Solve the Mystery of Her Death?
2021-03-20