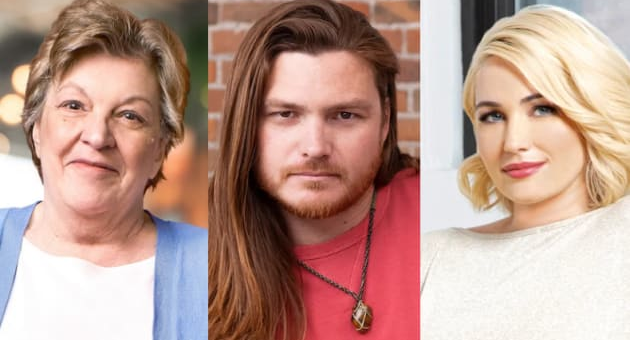 We are now a few episodes into 90 Day: The Single Life Season 2.


From Natalie’s patented weirdness to Big Ed’s relentless creepiness to Debbie dating again at 70, it doesn’t lack for drama.


There’s just one thing that a growing number of viewers feel is missing from the new season of the spinoff:


Authenticity. Has the spinoff tried to do too much and gone too far?


Let’s look at 90 Day: The Single Life‘s Season 2 cast to get where people are coming from.


Along the same lines, a lot of people are genuinely interested in Debbie Johnson’s return to the dating scene.


But then there is series villain Big Ed Brown, who was on last season.


He is a man so widely disliked and creepy that he has a nickname among viewers: Big Pred.


Meanwhile, another longtime villain Jesse Meester is back, and dating a fellow franchise alum. Ew.


That alum is Jeniffer Tarazona, who is beautiful but not widely liked by fans.


Then there’s Stephanie Matto, who struck out after one season, driving away her then-girlfriend Erika and all of the fandom.


Stephanie is hot and she does have good qualities, but she’s a franchise villain and fans have not forgotten her on-screen behavior.


And, of course, there is Natalie Mordovtseva.


Some people see her as a victim, others as the toxic party in her former marriage to Mike Youngquist.


Watching her try to find the Florida Man of her dreams is fascinating in a morbid sense, like watching a video of a deranged parrot, you know?


Another thing to note, before we get into what critical viewers are saying, is the platform.


The Single Life‘s original run is always on Discovery Plus, and streaming does not play by the same rules as airing on TLC.


Certainly, the gratuitous shots of Jesse’s butt from Season 2 will need to undergo a lot of censorship before anything like this season can air on TLC.


All of this and more comes up in the critiques voiced by some unsatisfied viewers in a recent Reddit post.


“The new season of single life is so fake and sexualized,” one post began.


“This s–t is so hard to watch,” the viewer wrote. “First off, they picked the most random people for this season.”


“Secondly, why is everything about sex?!?!” the same Reddit user demanded.


“These people are on the FIRST date and their whole mindset is on sex and not love,” the post complained.


“I get sex is normal but the whole series is revolved around it,” the redditor continued. “What the actual f is happening?”


“Also, Jesse and Jennifer are obviously just doing it for the clout,” the post concluded. “The lack of connection there is so obvious.”


“I honestly cannot stand Steph,” a commenter added in a similar vein.


“Her entire personality is fake,” the comment continued. “She’s obnoxious as hell.”


“That ‘date’ was one of the most cringey things I’ve ever watched,” the second redditor accused.


“Jesse & Jennifer are those two ‘popular’ kids in high school who peaked and are still chasing that,” the commenter characterized.


“Debbie…. well she just wants to f–k,” the user said accurately. “Good for her.”


“Although she absolutely does talk too much,” the redditor admitted. “But she hasn’t dated in such a long time that she deserves a pass.”


The commenter added: “Syngin is a weird one to me. I used to sort of root for him, but now he’s just as toxic as Tania.”


“We all know PrEd is a disgusting vile piece of human toilet paper. Not really much to say on him that hasn’t been said already”


We don’t necessarily agree with all of what these two are saying, but … they’re making some points.


We will say that the “sex” part may have more to do with demographics and platforms than anything else.


There are a few hotties on 90 Day Fiance, and streaming gives them more options to showcase that.


Streaming also aims at younger audiences, who are less likely to have cable.


Younger audiences are, demographically, less likely to find sexual content offputting even if there are major exceptions.


Then there is the “fake” issue, referring not to production meddling (for once) but to the cast.


A lot of reality stars are cast for their poor decision making and their lack of conflict-resolution skills and their generally baffling behavior.


There may be something to how “pros” on a show like The Single Life, all of whom have been on the show and are now returning, might be too seasoned to be authentic.


It’s nice to see that we’re all rooting for Debbie to get railed, though. We do wish her the best.

“Different Version Of Me On The Field”: Virat Kohli Reacts To Being Retained By Royal Challengers Bangalore