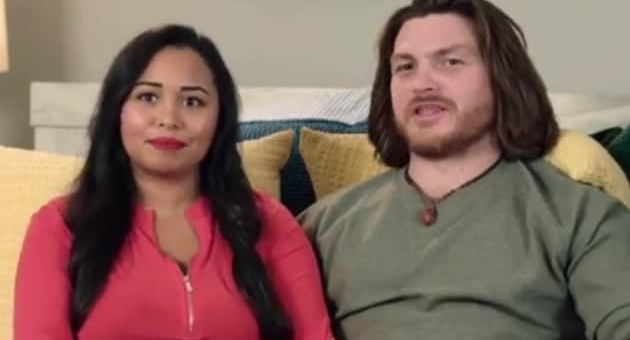 As happy as we were to see Tania Maduro and Syngin Colchester appear on 90 Day Fiance: Happily Ever After?, their marriage has not been easy.


But in a new interview, Tania and Syngin are giving fans a peak into how they make it work.


Tania Maduro and Syngin Colchester gave an interview to Fox News about the state of their marriage as their season plays.


She explains that they signed up “to kind of just help us.” That is very wise!


“You know, we got together on such a whim,” Tania acknowledges.


“And,” she recognizes, “were definitely in vacation mode when we first got together.”


It sounds like they had a very romantic getaway when they met and then decided to just stick with it … without putting in some of the long-term planning that many couples do.


“‘And we know that there’s so much love there,” Tania affirms.


“If love was the only thing to make a relationship [work],”:she states, “we would [not] need … other help.”


But love is just one ingredient needed to make a relationship work and thrive and last.


She explains that they took this step “to help us make sure that we’re going on the right path.”


That is a very wise move — something that many couples do not begin until it is way, way too late.


Tania explains that they want to stay on the right track “and making sure we’re communicating well with each other.”


They want to do that “and making sure our goals — not even just our end goals,” she specifies.


Tanie continues: “like how we got there [is in sync].”


Right now, like so many of us, Tania and Syngin are on pandemic lockdown together as the COVID-19 pandemic continues to rage.


One day, when the pandemic dies down and Americans are once again allowed in other countries, they hope to make a trip to South Africa.


Until then … it sounds like things are going okay.


As for how they are spending their time, some is spent hanging out with Tania’s family.


While doing so, they are of course maintaining social distancing and taking precautions.


They have also been watching this season of Happily Ever After? as it airs … though it can sometimes be difficult viewing.


Of course, they are the first to admit that watching their story play out can reopen old (small) wounds and cause arguments to resurface.


“[It] brings up like old arguments that we’ve already kind of settled,” Tania admits.


Syngin admits that he “hates” arguing in front of the camerss.


“I get embarrassed,” he confesses.


“For me, it’s kind of like it just makes my mind a little dizzy,” Tania says of their status as public figures through 90 Day Fiance.


In particular, sometimes feedback from “fans” can feel like whiplash.


“I’m like, ‘So do I have to run or are you happy we’re together making it work?'” Tania remarks.


Despite that, she affirms that she is thankful for the overall experience, and feels “grateful” to those who show “love and appreciations.


Tania affirms that “It really does brighten up my day.” That is heartwarming to hear!

Marcelo Bielsa Will Be “Incredible” For Premier League: Pep Guardiola

Hrithik Roshan and Kriti Sanon papped in the city

LSAs all geared up to celebrate its 20th year with nominations in fashion, music and TV
2021-08-27