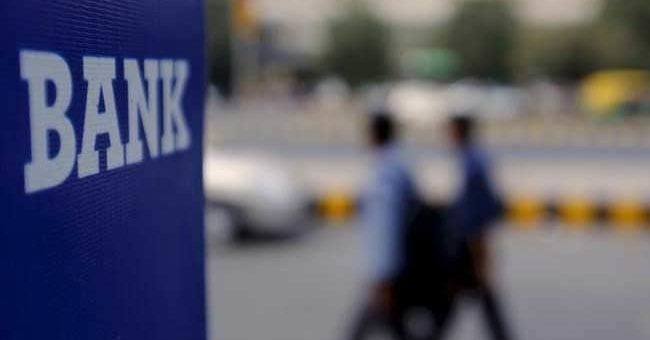 In Budget 2021-22, the government announced its intent to take up privatisation of two PSBs

Banking operations were affected across the country on Thursday as close to nine lakh employees of public sector banks went on a two-day strike to protest against the government’s move to privatise state-owned lenders, unions said.

Customers of these public sector banks (PSBs) faced difficulties as services like cash withdrawals, cheque clearances and loan approvals came to a standstill due to bank branches not being operational.

Banking operations are likely to be impacted on Friday as well. The pan-India strike was called by the United Forum of Bank Unions (UFBU) to protest against the government’s decision to privatise two more state-run lenders this fiscal.

The government had in Budget 2021-22 announced its intent to take up privatisation of two PSBs during the year.

Shutters of many branches of PSBs like State Bank of India (SBI), Punjab National Bank and Bank of India were down on Thursday with a message informing customers about the strike.

Bank employees right from sweepers to senior executives in scale 5 are observing the two-day strike on December 16 and 17, they said.

According to AIBEA General Secretary C H Venkatachalam, about 20.4 lakh cheques worth Rs 18,600 crore could not be transacted on Thursday.

Public sector lenders, including SBI, had earlier informed customers that services in their branches might be affected due to the strike.

“PSBs act as catalysts in the economic development of our nation in general and particularly for the underprivileged sections of the society and backward regions of the country.

“Nationalised banks have played a major role in the development of agriculture, small trade, small business, SSI, transport and in upliftment of weaker sections of the society,” Venkatachalam said.

AIBOC General Secretary Soumya Dutta said it is unfortunate that operations of over 1 lakh branches of banks and regional rural banks have been impacted due to the strike because of the government’s attitude.

Venkatachalam said many political parties including Congress, DMK, CPI, CPM, TMC, NCP and Shiv Sena have extended their support to the strike.

Around 60,000 PSB staffers in Maharashtra joined the strike. In Mumbai, approximately 5,000 bank employees held a protest at Azad Maidan, he said.

UFBU’s Convenor (West Bengal) Goutam Niyogi claimed the strike in the state was total. Besides the two-day strike, a series of other agitations will be carried out if the government does not give up the idea of privatising PSBs, AIBOC General Secretary Sanjay Das said.

Das said the move to privatise state-owned lenders will hurt the priority sectors of the economy as well as credit flow to self-help groups and the rural economy.

According to him, 70 per cent of the country’s total deposits are with PSBs and handing them over to private capital will put the common man’s money at risk.

A section of bank employees, representing the All India Bank Employees Union, wore black badges and staged a protest in Chennai, raising slogans against the Centre’s move.

In Tamil Nadu, the ruling Dravida Munnetra Kazhagam (DMK) threw its weight behind the strike by offering its ‘total support’ to the protest.

The DMK was extending its support to the strike after union representatives apprised party president and Tamil Nadu Chief Minister M K Stalin on the just reasons behind the agitation, party General Secretary Durai Murugan had said.

In Rajasthan, 25,000 officers and employees working in more than 4,000 branches of PSBs participated in the strike, UFBU’s state convenor said.

Bank employees held a demonstration outside the SBI office near Ambedkar circle in Jaipur.

In the Union Budget presented in February, Finance Minister Nirmala Sitharaman had announced the privatisation of two PSBs as part of the Centre’s disinvestment plan.

To facilitate privatisation, the government has listed the Banking Laws (Amendment) Bill, 2021, for introduction and passage during the current session of Parliament.

The government has already privatised IDBI Bank by selling its majority stake in the lender to LIC in 2019 and merged 14 public sector banks in the past four years.

Steyn heaps praise on Shadab, Babar for their improved performances
2020-04-14