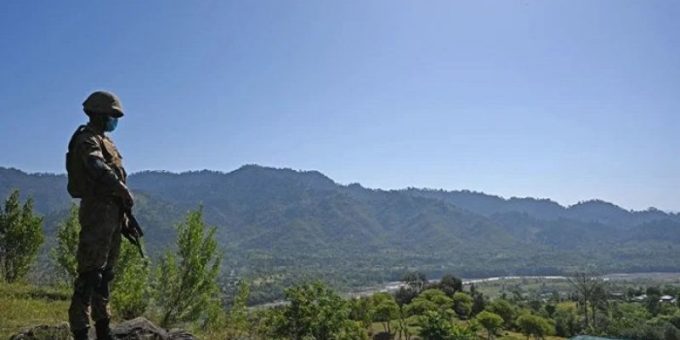 Seven soldiers of the Pakistan Army embraced martyrdom and five terrorists were killed during an intelligence-based operation in the Asman Manza area of South Waziristan, the military’s media wing said on Wednesday.

The Inter-Services Public Relations (ISPR), in a statement, said the operation was launched on intelligence about the presence of terrorists in the area.

“During intense exchange of fire, 5 terrorists were killed and 7 soldiers embraced shahadat,” said the ISPR.

The security forces cordoned off the area and began a search operation “to eliminate any other terrorists” found in the area, the statement added.

There has been an uptick in attacks on security forces in recent months. Earlier this month, at least four Frontier Corps officials were martyred and 18 others injured in a suicide attack near a check post on Quetta’s Mastung Road.

The ISPR had said that security forces were conducting a clearance operation in the district’s Dosalli area when the IED exploded.

In August, three Levies personnel were martyred and as many injured when their vehicle hit a landmine in Balochistan’s Ziarat district.

Watch: How To Make Papad Chicken Roll – This Chicken Stuffed Papad Recipe Is A Must-Try
2021-07-29

Like Anushka Sharma’s blouse from her bat challenge? Here’s how much it costs
2021-07-03