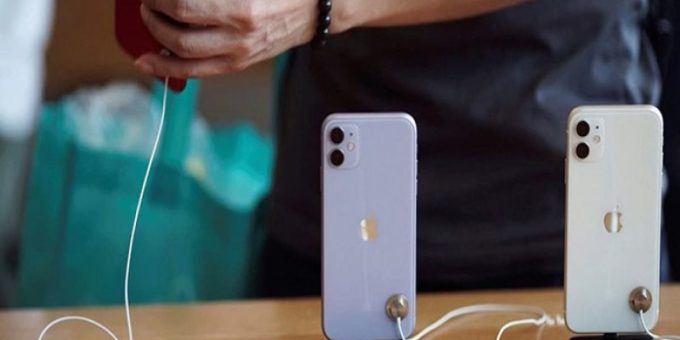 Apple is expected on Tuesday to unveil a keenly anticipated iPhone 12 line-up starring models tuned to super-fast new 5G telecom networks in an update considered vital to the company’s fortunes.

A streamed event was cryptically teased with the message “Hi, Speed” in an apparent reference to the faster wireless networks being introduced in many parts of the world.

Analysts expect Apple to introduce a selection of iPhone 12 models in multiple sizes, with some shipping earlier than others due to the toll the pandemic has taken on the company’s supply chain.

“We believe iPhone 12 represents the most significant product cycle for Cook & Co. since iPhone 6 in 2014 and will be another defining chapter in the Apple growth story,” Wedbush analyst Dan Ives said in a note to investors, referring to chief executive Tim Cook.

The time is ripe, analysts said, for Apple to hit the market with an iPhone tailored to the super-fast 5G telecom networks taking root around the world.

“Apple absolutely needs 5G right now,” said Techsponential analyst Avi Greengart, “not for the US, but for China, where 5G is driving purchase decisions.”

Some Apple rivals have already produced 5G models, and China is far ahead of the US when it comes to the new-generation networks.

5G networks are touted as promising an exponential leap in the amount and speed of wireless data, enabling advances in self-driving vehicles, virtual reality, connected health and more as sensors and servers communicate instantly.

“5G is happening in China with or without Apple; in fact, more 5G phones than non-5G phones are selling in China,” said analyst Patrick Moorhead of Moor Insights & Strategy.

New-generation 5G networks have also taken shape in South Korea and in parts of Europe.

Meanwhile, US telecom firms are looking at a 5G iPhone as a catalyst for consumer interest that will justify the big investments needed for those networks, according to analysts.

“US carriers are waiting for Apple to announce a 5G iPhone to put the pedal to the metal in the US,” said Moorhead.

Powerhouses Samsung and Huawei already have 5G smartphones on the market.

“Apple got away with not releasing a 5G device last year because the 5G use-cases and network coverage simply wasn’t there,” said Futuresource Consulting research analyst Stephen Mears.

“Apple won’t want to be perceived as being two generations behind on 5G handsets.”

The streamed event comes a month after Apple unveiled new service bundles and smartwatch models tied to the iPhone, which remains at the heart of its money-making ecosystem.

Adding 5G iPhones to its line-up should help Apple “drive forward” with that lucrative blend of hardware, software, services and digital content, Mears said. From the health-centric Apple Watch to subscriptions to music and television services, the iPhone is at the center of the user experience.

Apple remains the most expensive company on Wall Street, where it ended the formal trading session Friday with a value of $2.03 billion, based on its share price.

Rumors swirling ahead of the event include that Apple will unveil new iPhones in an array of sizes, from a small model with a 5.4-inch (13.7-centimeter) screen to one with a 6.7-inch screen, measured diagonally.

Overall, it has been a tough year for the smartphone industry, with the pandemic disrupting economies and supply chains.

“Recovery will be slow, with tough market conditions expected to continue through 2021,” Mears said.

Total smartphone sales were down 16 percent in the second quarter, according to research firm IDC.

Its survey showed Huawei leading the market, ahead of Samsung, Apple and Chinese firms Xiaomi and Oppo.