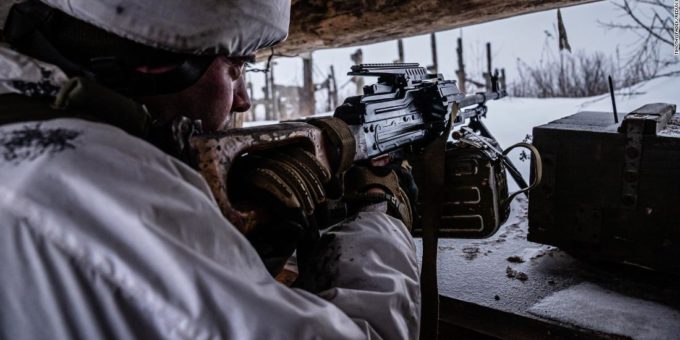 Here’s what you need to know to Get Up to Speed and On with Your Day.

(You can also get “5 Things You Need to Know Today” delivered to your inbox daily. Sign up here.)

The Supreme Court announced yesterday it will reconsider race-based affirmative action in college admissions, a move that could eliminate campus practices that have widely benefityed Black and Hispanic students. Justices will hear challenges to policies at Harvard and the University of North Carolina beginning next October, with a decision likely by June 2023. Also in the pipeline, the high court agreed to take up a case that could limit the federal government’s jurisdiction over wetlands protected under the Clean Water Act. The case comes as the Biden administration actively tries to undo Trump-era rollbacks to federal protections. Separately, the Supreme Court declined to take up House Minority Leader Kevin McCarthy’s challenge to House Speaker Nancy Pelosi’s proxy voting protocols that were put in place during the Covid-19 pandemic.

The Biden administration says it will not be enforcing the federal employee vaccine mandate amid ongoing litigation, after a Texas federal judge on Friday blocked the enforcement of the vaccine mandate for government employees. The move comes after the judge called the mandate an overstep of presidential authority, while striking down a separate mandate that had applied to private sector workers. Separately, a state supreme court judge struck down New York state’s mask mandate yesterday, ruling that the governor and the New York State Department of Health did not have the authority to enact such a mandate without approval from the State Legislature.

Burkina Faso’s army said it took control of the country yesterday, deposing President Roch Kabore, dissolving the government, suspending the constitution and shuttering its borders. The coup was announced on state television by Captain Sidsore Kader Ouedraogo, who said the military had seized power in response to the “ongoing degradation of the security situation” in the country and the “incapacity of the government” to unite the population. Sitting alongside him was Lieutenant Colonel Paul-Henri Damiba, who was introduced as the country’s new leader. Damiba was recently promoted by Kabore to commander of the country’s third military region, which is responsible for security in the capital city of Ouagadougou, according to Reuters. There was no mention of Kabore’s whereabouts. The president has not been seen in public since fighting broke out on Sunday around the presidential palace.

London’s Metropolitan Police say they are investigating a “number of events” in Downing Street amid claims of Covid rule-breaking at the heart of the UK government, as British Prime Minister Boris Johnson faces intense scrutiny for attending gatherings while the rest of his country was in lockdown. Johnson celebrated his birthday with a gathering at his official residence in June 2020 while the UK was in its first Covid-19 shutdown, a spokesperson said yesterday. For weeks, Johnson has been under pressure over alleged summer garden parties and Christmas gatherings held in Downing Street. Meanwhile, his approval ratings are plunging and there appears to be a growing sense among his ruling Conservative Party that he is becoming a liability.

Kanye West and his new girlfriend Julia Fox stunned in matching denim outfits. Very trendy and very 80s, if you ask me.

Yes, it looks strangely similar to the Death Star from the “Star Wars” movies, but a thick ice shell is protecting anything from getting in or out. Sorry, Han and Luke.

So many people want this truck that Ford stopped taking orders

Do we have any truck fans? This is the last week to get on the waiting list for this popular 2022 model.

What could be better than Plowy McPlowface? Here it is: Betty Whiteout

Krispy Kreme will give blood donors a dozen free doughnuts

Just show proof you’re a donor to the American Red Cross or another blood donation organization and you get a free box of deliciousness.

That’s approximately how many deaths could be prevented each year in the US if adults over 40 added 10 minutes of daily moderate to vigorous physical activity to their normal routines, according to the study published in the journal JAMA Internal Medicine.

“Gun violence is a public health crisis. There is no time to wait. We must act. The sea of violence comes from many rivers. We must dam every river that feeds this greater crisis.”

— New York City Mayor Eric Adams, announcing details of his administration’s blueprint to combat gun violence, from increasing officers on patrol and combating the influx of guns into the city, to encouraging prosecutors to move forward earlier with gun charges.

Start your day on a happy note. Watch this little cutie find the courage to make friends for the first time. (Click here to view)