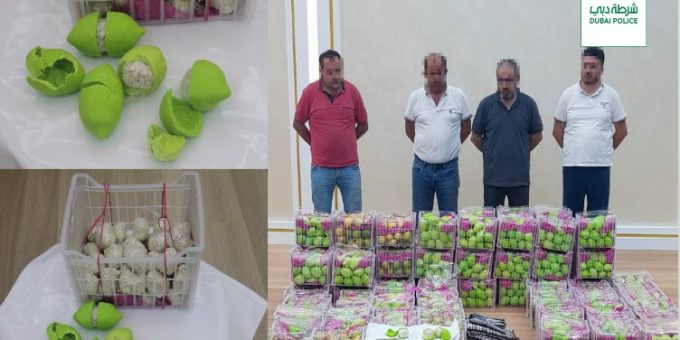 DUBAI: Four Arab men have been arrested for attempting to smuggle more than 1.1 million Captagon pills with an estimated street value of 58 million Emirati dirhams ($15.8 million) into the UAE.

Dubai Police on Thursday said a team from its anti-narcotics department made the arrests after monitoring the suspects in an operation codenamed 66.

The men under surveillance had tried to sneak 1,160,500 tablets into the country inside plastic containers made to look like lemons and stored in a refrigerated container.

Maj. Gen. Khalil Ibrahim Al-Mansouri, assistant commander-in-chief for criminal investigation affairs, said all tip-offs were taken seriously, especially when they were in the interests of protecting the UAE’s safety and security. The Latest on Omicron, Testing and Covid: Live Updates