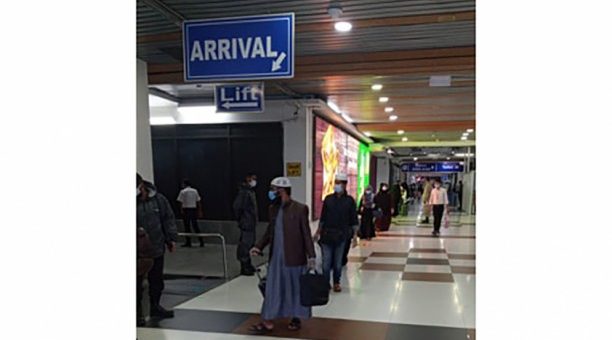 A special flight of Biman Bangladesh Airlines today brought back 388 Bangladeshi expatriate workers from Saudi Arabia, most of whom were either in jail or in detention camps in the gulf country for various reasons including not having legal documents.

Md Kawsar, a doctor at the health desk at HSIA, told this correspondent that most of the returnees are migrant workers.

Over 14,000 Bangladeshi migrant workers have so far returned home since April from 10 countries, according to data of Expatriates’ Welfare Desk at the Dhaka airport.

Following suspension of regular flights for over three months since mid-March, Bangladesh resumed regular flight operations on international routes on a limited scale from June 16.

Catelynn Lowell Gets Slammed For Smoking Around Kids: You’re Gonna Give Them Cancer!
2020-10-20