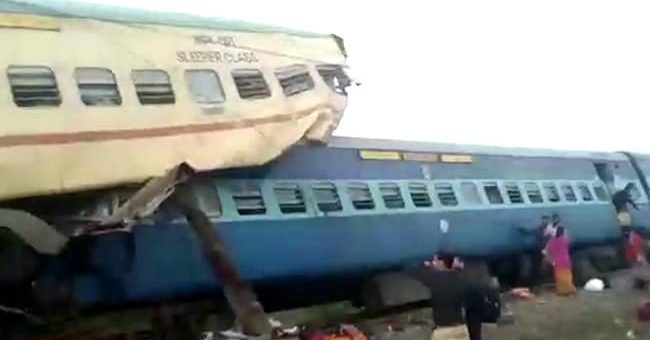 Police can be seen on-site, with locals and other passengers helping in rescue operations.

Distressing visuals have surfaced of multiple passengers trapped in the debris after a train accident in North Bengal. 12 coaches of the Guwahati-Bikaner Express train derailed near the Maynaguri town of Jalpaiguri district in West Bengal today. At least three people have been killed and over 20 injured, Moumita Godala Basu, District Magistrate of Jalpaiguri, said.

The injured were first taken to a government hospital at Moynaguri and the serious are being transferred to the Jalpaiguri district hospital, sources said.

Many passengers are feared trapped inside the derailed coaches and gas cutters are being used to cut open the mangled coaches, according to Railway sources.

Union Railway Minister Ashwini Vaishnaw has said he is “personally monitoring” the situation and that he has spoken to PM Narendra Modi and apprised him of the rescue operations.

“In an unfortunate accident, 12 Coaches of Bikaner – Guwahati Exp. derailed near New Maynaguri (West Bengal) this evening. Personally monitoring the situation for swift rescue operations,” he said in a tweet.

Compensation has been announced as Rs 5 lakh for death, Rs 1 lakh for grievous injury, and Rs 25,000 for “simple injuries”.

Visuals from the accident site show people being rescued from the debris of multiple damaged train coaches lying sideways next to the elevated train tracks. Police can be seen on-site, with locals and other passengers helping in relief and rescue operations.

Rescue trains from New Jalpaiguri and New Alipurduar have been rushed to the spot.

Spoke with Hon’ble PM and apprised him about the rescue operations.

The train derailed between the New Domohani and New Maynaguri railway stations at around 5 pm. Railway and district administration officials are doing rescue and relief work.

At least five coaches of the train were derailed, numbers can go up, said northeast Frontier Railway sources. One coach has capsized.

The train had left Bikaner junction yesterday and was supposed to reach Guwahati this evening.

Babar, Shaheen named in ICC ‘Then and Now XI’

Lucifer review: Where Prithviraj the fan makes a movie for Mohanlal the star
2019-03-28