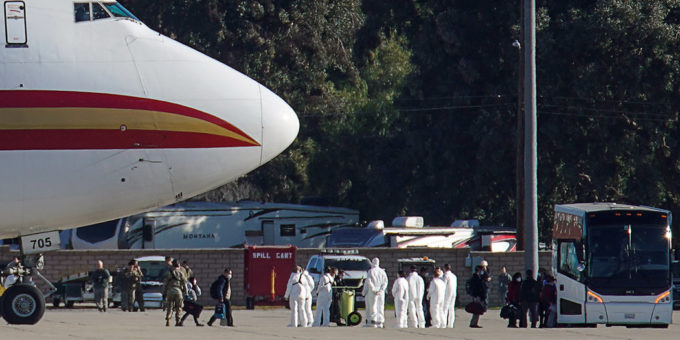 Before he became ill, he had met with a Chinese business partner from his company near Munich, on Jan. 20 and 21. She was a resident of Shanghai who had been in Germany from Jan. 19 to 22. Though she was healthy during the visit, she got sick during her flight back to China, where she tested positive for the new coronavirus on Jan. 26. She informed her company, which traced her contacts to alert anyone she might have exposed.

The businessman was contacted, and although he was already recovering, he tested positive for the virus.

On Jan. 28, three more employees of the company in Germany tested positive for the coronavirus, only one of whom had contact with the woman from Shanghai. The others were apparently infected by their male colleague, before he developed symptoms. All of them were admitted to the hospital, where they were isolated and monitored, and none have developed severe symptoms.

The authors of the letter in the New England Journal of Medicine, who are from Munich and Berlin, said it was “notable that the infection appears to have been transmitted during the incubation period” of the woman from Shanghai, who shortly afterward had only a brief, mild illness.

“It does mean that transmission is more readily achieved than it was in SARS,” an earlier coronavirus disease, said Dr. William Schaffner, an infectious disease specialist at Vanderbilt University Medical Center. “The report from Germany indicates quite conclusively that spread during the incubation period when the person is not sick themselves can take place.”

But, he added, “We don’t know how frequently it happens.”

“This is a kind of natural experiment, where people were nicely shown to be in a chain of transmission, and it sounds very, very plausible,” Dr. Schaffner said.

A scientific paper about the first patient in the United States to test positive for the coronavirus revealed more details about the course the illness takes.